Roubini: The world of Crypto Currencies is a “Stinking Cesspool”

According to the economist who predicted the 2008 crisis, the recent decline in the industry proves that the foundation of the currencies is weak and the whole sector is “the definition of a fraud and a bubble”

The world of virtual currencies is a “stinking cesspool” and fundamentally worthless, according to economist Nouriel Roubini, who is known to have foreseen the 2008 financial crisis.

In a series of tweets, Roubini argued that the recent sharp decline in virtual currency value – which came in a period of decline on world stock exchanges – proves that the base of the currencies is very weak. CNBC reported.

“The bloodbath is getting worse,” he wrote in response to another Twitter user, noting that digital currencies fell more sharply than shares on stock exchanges on Wednesdays and Thursdays. “If so, tell me, who has better fundamentals?”

Yes Whales of the World Do Unite to Prop Up Your Stinking Cesspool That is In Meltdown!! That will save shit-coin land https://t.co/A3BVoCxEj3

Which fundamentals are improving after a 70-99% implosion? Yesterday even as US stocks were down 3% major crypto-currencies – ETH, XRP, etc – plunged another 10%. The bloodbath is worsening. So tell me: which better fundamentals? Can’t convert shitcoins into productive manure https://t.co/QwP6zRbmAl

It is indeed laughable to think that useless crypto-currencies or shitcoins have any fundamentals of value. Their fundamental value is ZERO or actually negative is if you price correctly their negative externality of hogging energy and destroying the environment https://t.co/wsY3Qo1Shx

Roubini, known for his often gloomy predictions, does not tend to hide his skepticism about digital currencies. This week he said in a testimony in the US Senate that digital currencies are “the mother of all the frauds and bubbles.”

In another post on Twitter he expanded on his position: “It is ridiculous to think that useless digital coins or shitcoins have a basic value, their basic value is zero or even negative… if we underestimate the negative consumption of energy and the destruction of the environment.”

The virtual currencies received considerable attention from central banks, financial institutions and economists last year, with Bitcoin climbing to a record of nearly $ 20,000. JPMorgan CEO Jamie Damon, for example, called the phenomenon a “tulip stock,” referring to the bubble of tulip prices in the 17th century.

Bitcoin, Ether and XRP – the three largest digital currencies in terms of market value – have fallen significantly since peak times, with Bitcoin falling nearly 70% from its peak, while Ether lost 85% of its value. Bitcoin is currently traded for under $6,000. 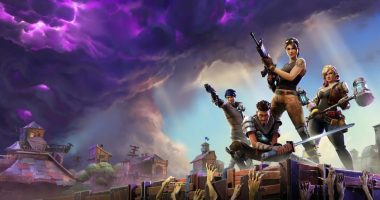 Epic Games, the game development company behind Fortnite, is not going to give a mega-hit that brought it to a $15 billion valuation to fade. What made the colorful shooting game a sensation and how to generate revenue from a game that is free to play.